Olive leaf for Dogs, Cats, Horses and other animals
Olive leaf works by stimulating your pet’s own immune system protective cells (phagocytes) to ingest foreign invaders. Olive leaf is highly effective in eliminating microorganisms, which supports its use in almost any type of infection.

General Serving Size for Pets – Use Powder up to 1/2 teaspoon per 40 pounds animal weight. Use 1 cup bulk loose leaf or whole leaf for large animals such as horses. 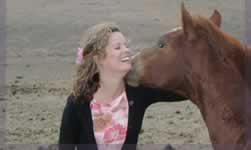 I have done quite a bit of research on Olive leaf for horses and this was prompted by one of my customers in search of a cure for her EPM horse! So, I hit the books. Most of the following information has come from several different books, most notably "Olive Leaf Extract" by Dr. Morton Walker, and "Olive Leaf Extract" by Jack Ritchason ND, and "A Modern Herbal" by Mrs. Grieve, the bible of all herbals !

Basically, I had to weed through a lot of unsubstantiated evidence and try to find some useful information. It appears that we are currently under attack my "superbugs". Because of immune system degradation amount ourselves and our horses, we are suffering from often inexplicable and unexplainable afflictions brought on by certain disease-producing microorganisms. Viruses such as Epstein-Barr, but most especially are the retroviruses, such as HIV.

Antibiotic resistant bacteria, which in some cases actually thrive on synthetic drugs developed by drug companies to kill or suppress them. Yeast's and other fungi which produce canditoxin and other microtoxins responsible for yeast syndrome and Chronic Fatigue syndrome. Parasites, both as protozoa and helminthic worms which are the sources of serious diarrheal diseases and constitute the greatest single cause of sickness and death for humankind.

Historical Use of Olive Leaf Extract ...
Olive leaf had been used for medicinal purposes since the time of the ancient Egyptians. In their culture, olive leaf was regarded as a symbol of power. They used the oils of the leaf as part of their mummification rituals on their kings. Late in the 19th century, scientists were finally able to isolate one of Olive Leaf's active chemical constituents, a phenolic compound, which they called Oleuropein. Most researchers considered this component to be most responsible for olive leafs therapeutic abilities. As research continued, scientists from Netherlands were able to isolate the active ingredient in oleuropein, a substance later called elenolic acid. It was found that elenolic acid could fight viruses. In addition, there was other interest in another form of elenolic acid, calcium elenolate and its therapeutic capabilities. Lab tests showed that calcium elenolate was able to fight viruses, bacteria and parasitic infections.

Anti Parasitic Properties
The somewhat acidifying olive leaf extract is excellent as a treatment for patients suffering with parasites, whose toxins cause them to be alkaline. Olive leaf appears to be one of the best natural products working effectively as a parasiticide, according to Dr. Timothy Ray. Protozoa, are nothing more than microparasites like viruses and bacteria, represent single cell animal organisms. According to Dr. Morton Walkers book, Malaria caused by the protozoan Plasmodium falciparum, has been treated successfully with Olive leaf extract. But , alas, malaria is carried in the blood, whereas EPM protozoan is carried from the blood into the spinal cord . Can olive leaf reach the spinal cord and help rid the horse of the EPM protozoan.?? We don't know yet.

In conclusion There is a bit of a difference between whole olive leaf and Olive Leaf extract. One is the price ! Olive leaf extract on the other hand can cost up to $500 per kilo, I have found it for around $125 per kilo wholesale. Instead you can feed Olive leaf powder , or whole olive leaf to the horse.

The major research companies claim that the olive leaf extract has a special compounding procedure that enables it to not attach itself to blood proteins when introduced into the body. This process of attachment basically rendered it useless. The only ones CLAMING to have developed this special compound procedure is the research company that sells the Olive leaf extract for $500 per kilo. {surprised?-I don't think so!} Since there is very little to no FDA regulatory involvement, these research centers can make any claims they want. So buyer must beware! I do love olive leaf extract. Its a wonderful infection fighter, yeast fight,
fungal fighter, bacterial fighter etc. I have been taking it for years now and I haven't been sick in years. (except for local aches and pains due to aging and riding horses.

There are many good olive leaf extract products available in this country. Olivus is a good product, but I found Life-flo, Natrol and many others do make a wonderful Olive leaf extract as well. For horses, I supply whole olive leaf and olive leaf powder which is much easier to feed. This is the actually plant leaf and NOT an extract. Since this olive leaf is in its "natural state" and not a concentration it will be safer to feed. Pure oleuropein extract maybe too strong to feed to an equine, though I found that the whole plant leaf (and/or powder) can be feed without a problem, though it is a bitter.

Equines do NOT have our digestive systems, and it shouldn't be assumed that just because a human can take a certain product or herb that it would safe to give to our horses. You and I can handle a much wider range of plant material and dosages than our equine friends. A classic example of this is the use of quinine for treating Malaria. Quinine has been the med of choice for years in treating several protozoan type diseases but it can NOT be used in horses due to its strong properties and causing severe gastro-intestinal upset. Same is true for Cinchona bark and treating EPM. Sure it will work, and several herbalists have attempted it, but the horses have colic'd and/or needed to be given a "Maalox" type product to protect the stomach. A better choice for the equine would be Pau D'arco tree bark. The true Pau D'arco tree bark contains chemical constituents that are safe for equines and also have protozoan fighting properties as well. I like giving both Olive leaf powder and Pau D'arco tree bark powder to the EPM horse.

Meadowsweet Acres herbs makes no claims to the validity of the above statements and has no connection to any Olive leaf manufacturers or associates.